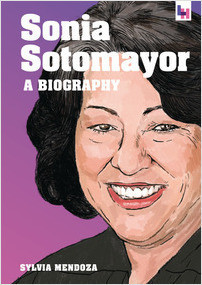 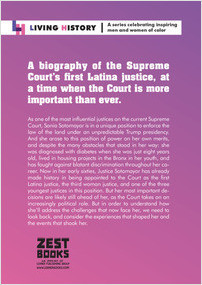 Arguably one of the most prominent US Supreme Court Justices at the moment, Sonia Sotomayor has paved her own way to enact profound changes and reforms, despite the obstacles that stood in her way. And she certainly has had her share of adversity: she was diagnosed with diabetes when she was just eight years old, lived in housing projects in the Bronx in her youth, and fought (and still is fighting) against blatant discrimination throughout her career. Now in her early 60s, Justice Sotomayor has already made history in being appointed to the Court as the first Latina justice, the third woman justice, and one of the three youngest justices in this position.

Sylvia Mendoza is a writer, editor, and speaker on the Latino experience and gender issues. She has won several awards and distinctions for her writing and journalism, including first place in the 2014 International Latino Book Awards, first place in Non-fiction for The Book of Latina Women from the National Federation of Press Women, and first place for Non-Daily Reporting & Writing/Multicultural Stories from the Society of Professional Journalists. Mendoza has written for the Los Angeles Times, Writers’ Journal, Hispanic Outlook, and more. She has also been a featured speaker for the National Women's History Project and has appeared on C-SPAN's Book-TV, the Los Angeles Times Festival of Books, Book Expo America, and The Essence of Latinas Tour.