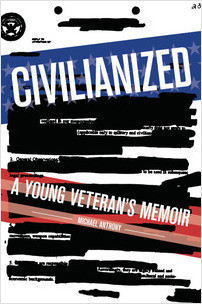 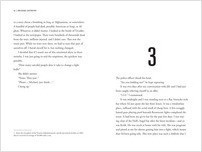 After twelve months of military service in Iraq, Michael Anthony stepped off a plane, seemingly happy to be home—or at least back on US soil. He was twenty-one years old, a bit of a nerd, and carrying a pack of cigarettes that he thought would be his last. Two weeks later, Michael was stoned on Vicodin, drinking way too much, and picking a fight with a very large Hell’s Angel. At his wit’s end, he came to an agreement with himself: If things didn’t improve in three months, he was going to kill himself. Civilianized is a memoir chronicling Michael’s search for meaning in a suddenly destabilized world.

Michael Anthony is the author of Mass Casualties: A Young Medic's True Story of Death, Deception, and Dishonor in Iraq, which received a starred review from Publishers Weekly and blurbs from Howard Zinn, Bing West, David Bellavia, and Philip Zimbardo. He has written for the Washington Post blog, the Business Insider blog, as well as several others, including a year-long stint as a feature writer and the editor of the "War and Veterans" section of the Good Men Project.