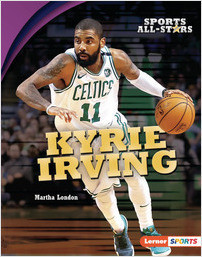 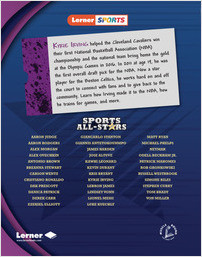 Kyrie Irving helped the Cleveland Cavaliers win their first National Basketball Association (NBA) championship and the national team bring home the gold at the Olympic Games in 2016. In 2011 at age 19, he was the first overall draft pick for the NBA. Now a star player for the Boston Celtics, he works hard on and off the court to connect with fans and to give back to the community. Learn how Irving made it to the NBA, how he trains for games, and more.

Martha London is a Minnesota-based writer. She has written more than 50 books for young readers. In her free time she likes to hike in the woods and fish.