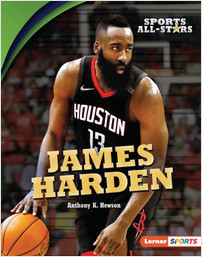 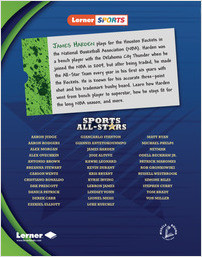 James Harden is the 2018 National Basketball Association (NBA) MVP for the Houston Rockets. Harden was a bench player with the Oklahoma City Thunder when he joined the NBA in 2009, but after being traded, he made the All-Star Team every year in his first six years with the Rockets. He is known for his accurate three-point shot and his trademark bushy beard. Learn how Harden went from bench player to MVP, how he stays fit for the long NBA season, and more.