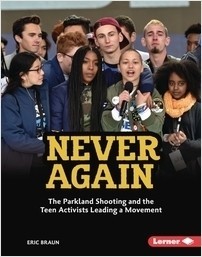 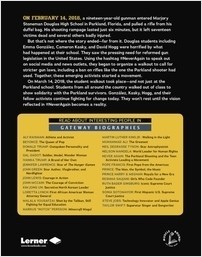 The Parkland Shooting and the Teen Activists Leading a Movement

This biography of a movement and the teen activists behind it delves into the quest for gun safety legislation in light of the tragic shooting at Marjory Stoneman Douglas High School in Parkland, Florida.

“[B]reaks new ground as it tells the story of the Marjory Stoneman Douglas High School students who became activists after 17 fellow students were killed during a school shooting. Individual students, like David Hogg and Emma Gonzalez, are profiled, and their efforts for stricter gun laws are detailed, showing how effective teen activism can be.”—starred, Booklist

“[A] useful addition to large middle grade nonfiction collections, or to libraries whose tween readers seek out books on current events.”—School Library Journal