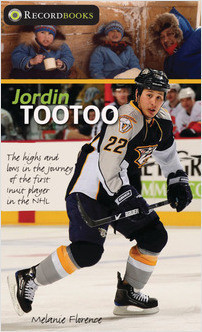 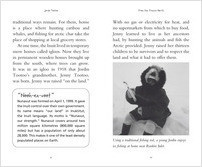 Jordin Tootoo is known for having to “fight his way through.” Jordin had more than his fair share of fights both on and off the ice. He had to overcome the social problems that are associated with the far north, fight his way through the discrimination and culture shock he encountered after leaving his remote community to play in the Juniors, and see his way through the grief of losing his NHL-bound older brother and hero, Terence Tootoo, to suicide in 2002.

From a small rink in the Arctic Circle, to joining the Nashville Predators in 2001 and becoming an NHL hero, this is the story of the highs and lows of the first Inuk to play in the NHL.