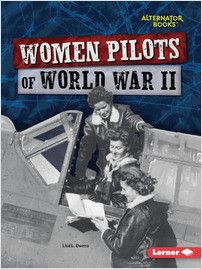 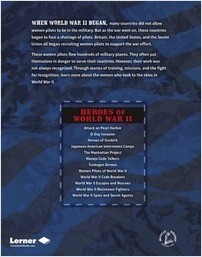 World War II marked the first time women pilots were trained to fly military planes in the United States. Although most were not allowed to fly combat missions, they provided great service to the Allied forces. Learn about the brave women in the United States, Great Britain, and the Soviet Union who trained, flew, and fought for the Allies, blazing a path for women in the military.

“Useful for older readers reading below grade levels as well as middle-grade students, this series offers engaging presentations on aspects of the war.”—Booklist