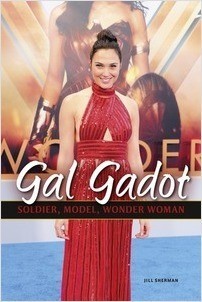 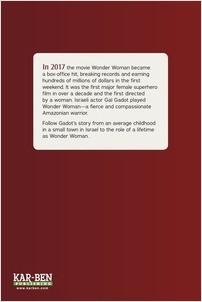 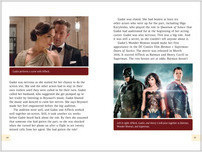 In 2017 the movie Wonder Woman became a box-office hit, breaking records and earning hundreds of millions of dollars. Israeli actor Gal Gadot played Wonder Woman—a fierce and compassionate Amazonian warrior. Prior to her time in the spotlight, Gadot served in the Israeli military, won a Miss Israel pageant, and studied to be a lawyer. When Gadot began acting, she wanted to play strong, independent women. She hopes to be a role model for her daughters as well as an inspiration to both women and men around the world. Follow Gadot’s story from an average childhood in a small town in Israel to the role of a lifetime as Wonder Woman.

Gal Gadot, best known for playing the title role in Wonder Woman, grew up a long way from Hollywood. Born and raised in Israel, she became a confident, athletic young woman who represented her country in the Miss Universe pageant before serving two years in the military, where she taught gymnastics and led workouts. While attending university and modeling, she acted in an Israeli TV series. She appeared in several films, from Fast & Furious to Batman v Superman, before starring in Wonder Woman in 2017. Full of praise fro Gadot and her ability to inspire girls as “a strong, female role model,” Sherman writes in a clear, accessible style. Like other Gateway Biography series, this colorful volume offers glimpses of Gadot’s life and her movies in the color photos that appear on almost every page. Readers looking for information about Wonder Woman and Gadot will find this timely and very positive account of the actress’ life.