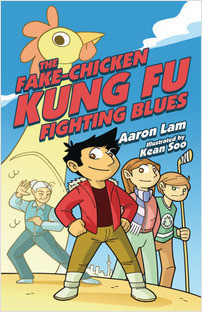 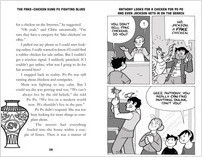 From the Series Lorimer Illustrated Humor

Twelve-year-old video buff Anthony is devastated when his family moves from Chinatown to a remote northern community. There are no other Asian families around and everyone loves hockey, which Anthony just doesn’t get. The move is even harder on his grandmother, Po Po, who doesn’t speak English and puts a fake chicken over the front door for luck. Desperate to fit in, Anthony takes to the ice for the first time — and is a total disaster! But he manages to make friends after standing up the school bully, who asks Anthony to teach him “kung fu”! Anthony starts putting together a documentary about his new town, which turns out to be full of interesting people. As he discovers the joys of small-town life, his new friends get an introduction to his Chinese culture, and even Po Po begins to feel at home.

Kean Soo is a cartoonist and illustrator. He was born in Hong Kong and now lives in Canada. 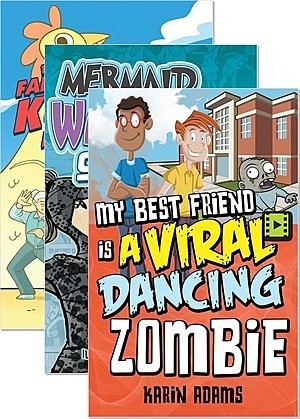