After years of bullying at school, 19-year-old Julian is depressed. He sees a glimmer of hope after meeting the similarly out-of-place Romeo at a party and sharing a kiss with him. The only problem: Romeo has always identified as straight and he hangs out with a group of intolerant guys. But as the two begin to fall in love, Julian finds strength he never knew he had.

When Romeo’s old friends come after the couple, a vicious fight puts both Julian and Romeo in the hospital. The two boys decide to take a stand for their right for respect.

Just Julian provides insight into the struggle against homophobia, reminding LGBTQ readers that they are not alone.

Markus Harwood-Jones is a writer, visual artist and documentary filmmaker. He is author of many Lorimer Real Love teen romances. 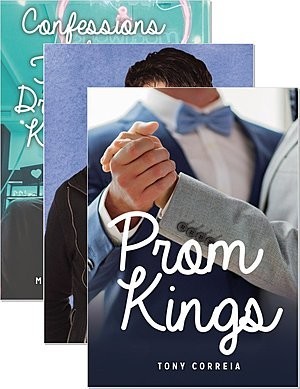