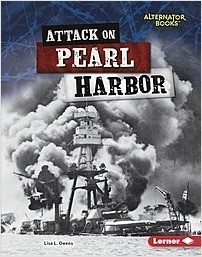 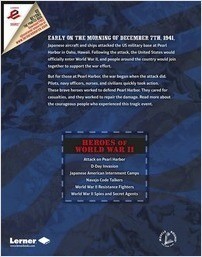 Early on the morning of December 7, 1941, Japanese aircraft and ships attacked the US military base at Pearl Harbor in Oahu, Hawaii. Following the attack, the United States would officially enter World War II, and people around the country would join together to support the war effort. But for those at Pearl Harbor, the war began when the attack did. Pilots, navy officers, nurses, and civilians quickly took action. These brave heroes worked to defend Pearl Harbor. They cared for casualties and worked to repair the damage. Read more about the courageous people who experienced this tragic event.