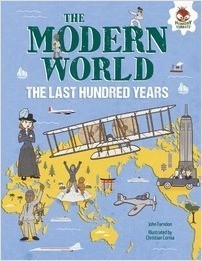 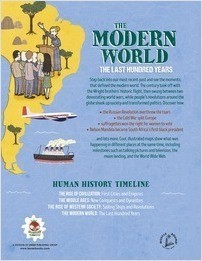 Step back into the recent past and discover the moments that defined the modern world. The century took off with the Wright brothers’ historic flight, then swung between two devastating world wars, while people’s revolutions around the globe shook up society and transformed politics. Discover how the Russian Revolution overthrew the tsars, the Cold War split Europe, suffragettes won the right for women to vote, Nelson Mandela became South Africa’s first black president, and more. Cool, illustrated maps show what was happening in different places at the same time, including milestones such as talking pictures and television, the moon landing, and the World Wide Web. 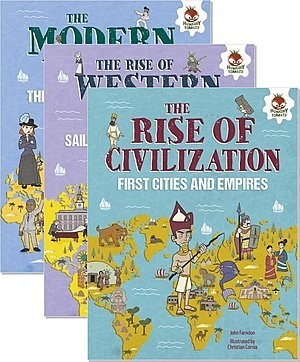