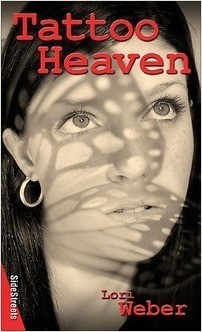 To an outsider, it might seem like an uneventful summer, but to Jackie it’s a whole new world. Her father has a new girlfriend—a young tattoo-artist named Nicole. Her mother seems more interested in Theresa, the sick girl living across the street, than she is in her own daughter. The only thing keeping Jackie from disappearing altogether is the small butterfly tattoo she lets Nicole give her. But when Jackie’s Mom forces her to spend time with Theresa, Jackie learns to value the vibrancy in her own life, by adding a bit of color to someone else’s.

Lori Weber has published poetry, short stories, and essays in several Canadian literary journals and collections. She has also written several YA novels. She lives in Pointe-Claire, Quebec. www.lori-weber.com