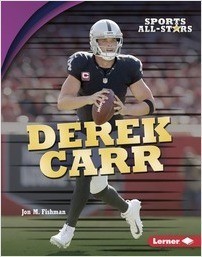 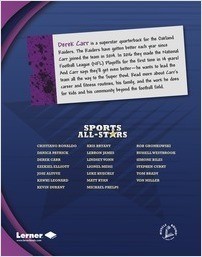 Derek Carr is a superstar quarterback for the Oakland Raiders. The Raiders have gotten better each year since Carr joined the team in 2014. In 2016 they made the National Football League (NFL) Playoffs for the first time in 14 years! And Carr says they’ll get even better—he wants to lead the team all the way to the Super Bowl. Read more about Carr’s career and fitness routines, his family, and the work he does for kids and his community beyond the football field.