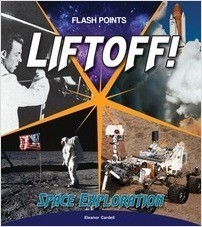 In 1957, the USSR sent its first man-made satellite into space. This began the Space Race between the USSR and the United States. The US quickly became the world leader in space exploration and rocket technology, and it holds that position to this day. The world’s interest in space has lasted for decades. Each successful mission is celebrated around the globe. Flash Points: Liftoff! will take readers on a journey through the history of space exploration. From the launch of Sputnik, to the first moon landing, to the successful operation of rovers on Mars, students will consider the impact that these moments have had on the world. 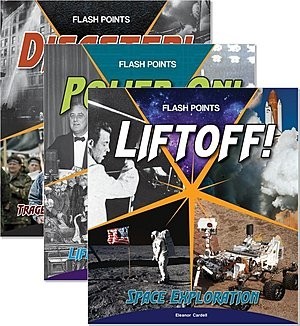