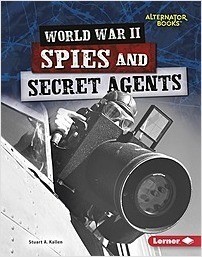 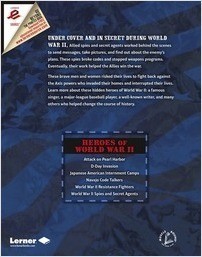 Under cover and in secret during World War II, Allied spies and secret agents worked behind the scenes to send messages, take pictures, and find out about the enemy’s plans. These spies broke codes and stopped weapons programs. Eventually, their work helped the Allies win the war. These brave men and women risked their lives to fight back against the Axis powers who invaded their homes and interrupted their lives. Learn more about these hidden heroes of World War II: a famous singer, a major-league baseball player, a well-known writer, and many others who helped change the course of history.