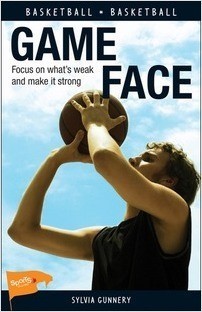 Jay Hirtle’s back in Rockets territory and he’s determined to help his former teammates win the basketball championship. But some of his teammates aren’t very welcoming, including Colin, Jay’s former best friend and last season’s MVP. When Jay wins out in a close vote for team captain, Colin’s behavior becomes even more hostile. Jay has to think of a way to fix their strained relationship—and the effect it has on the team’s showing—even if it means giving up the captaincy.

Sylvia Gunnery, an award-winning educator, lives at Crescent Beach, Nova Scotia, where she taught junior and senior high school. She is the author of Personal Best and Out of Bounds.