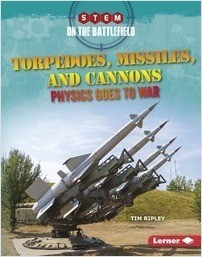 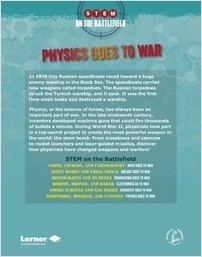 In 1878 tiny Russian speedboats raced toward a huge enemy warship in the Black Sea. The speedboats carried new weapons called torpedoes. The Russian torpedoes struck the Turkish warship, and it sank. It was the first time small boats had destroyed a warship.

Physics, or the science of forces, has always been an important part of war. In the late nineteenth century, inventors developed machine guns that could fire thousands of bullets a minute. During World War II, physicists took part in a top-secret project to create the most powerful weapon in the world: the atom bomb. From crossbows and cannons to rocket launchers and laser-guided missiles, discover how physicists have changed weapons and warfare!