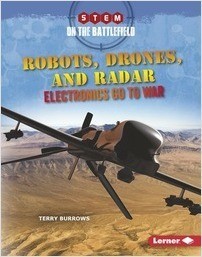 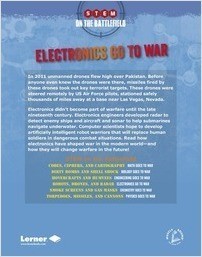 In 2011 unmanned drones flew high over Pakistan. Before anyone even knew the drones were there, missiles fired by these drones took out key terrorist targets. These drones were steered remotely by US Air Force pilots, stationed safely thousands of miles away at a base near Las Vegas, Nevada.

Electronics didn’t become part of warfare until the late nineteenth century. Electronics engineers developed radar to detect enemy ships and aircraft and sonar to help submarines navigate underwater. Computer scientists hope to develop artificially intelligent robot warriors that will replace human soldiers in dangerous combat situations. Read how electronics have shaped war in the modern world—and how they may change warfare in the future.