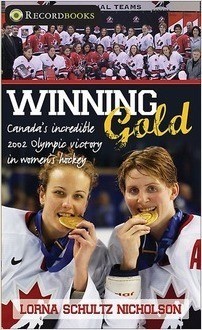 The 2002 Winter Olympics were hosted by Salt Lake City, Utah. Just four years previous, Women’s Hockey had become an official Olympics sport, at Nagano, Japan. There, the Canadian team had been favored to win the gold. They were the World Championship winners, after all. Yet in a disappointing final game, Team Canada lost to the USA and ended up with a silver. Now, heading into the 2002 winter Games, they’re on a losing streak. What would it take for our women to bring home the gold?

Lorna Schultz Nicholson has written, produced, and hosted programs for television and radio, and is well known for her print journalism. She is now a full-time author who works from her home in Edmonton, Alberta.