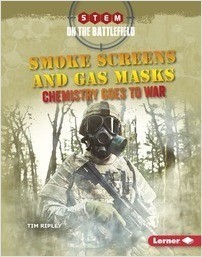 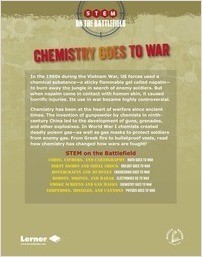 In the 1960s during the Vietnam War, US forces used a chemical substance called napalm to burn away the jungle in search of enemy soldiers. But when napalm came in contact with human skin, it caused horrific injuries. Its use in war became highly controversial.

Chemistry has long been at the heart of warfare. The invention of gunpowder ninth-century China led to the development of guns, grenades, and other explosives. In World War I chemists created deadly poison gas—as well as gas masks to protect soldiers from enemy gas. From Greek fire to bulletproof vests, learn how chemistry has changed how wars are fought.