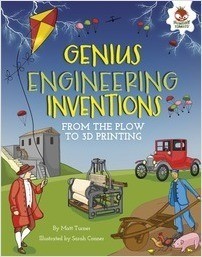 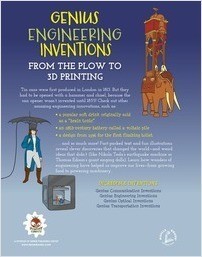 From the Plow to 3D Printing

From the Series Incredible Inventions

Tin cans were first produced in London in 1813. But they had to be opened with a hammer and chisel, because the can opener wasn’t invented until 1855! Check out other amazing engineering innovations, such as a popular soft drink originally sold as a “brain tonic,” an 18th-century battery called a voltaic pile, and a design from 1596 for the first flushing toilet. Fact-packed text and fun illustrations reveal clever discoveries that changed the world—and weird ideas that didn’t (like Nikola Tesla’s earthquake machine or Thomas Edison’s giant singing dolls). Learn how wonders of engineering have helped us improve our lives—from growing food to powering machinery.