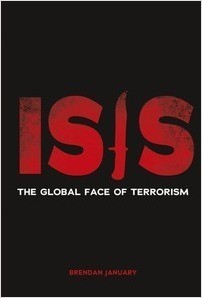 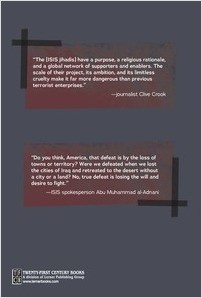 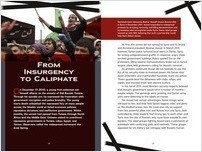 The Global Face of Terrorism

The Islamic State in Iraq and Syria, or ISIS, emerged in the Middle East during the first decade of the 2000s. The group vows to wage violent jihad, or holy war, on those who do not adhere to its extremist interpretation of Islamic law. ISIS conquers territory and rules savagely. ISIS terrorists manipulate social media brilliantly, shocking viewers around the globe with brutal video footage. Government leaders and agencies all over the world are working to prevent the next ISIS attack. How can nations combat ISIS? Can it be defeated with military force? This in-depth investigation tackles these and other thorny issues related to the twenty-first-century face of global terrorism.

“A concise work for students tasked with a report or who are interested in global politics.—School Library Journal

“This selection provides background information and a foundation for approaching this emotional and multilayered subject.”—Booklist