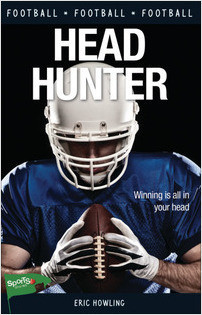 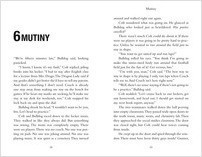 Colt’s coach has been losing his temper and ordering the team to win at any cost, even if it means playing dirty. What makes it worse is that Coach is Colt’s father, and his erratic behavior at home and on the field has Colt worried. Colt follows Coach’s orders to go head hunting and take out an opponent with a helmet-to-helmet hit.

When it turns out that Colt’s dad has symptoms from concussions he suffered in his NFL career, Colt is made acting coach for the championship game and has to decide if he will let a teammate continue playing after a head hit.