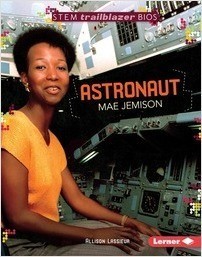 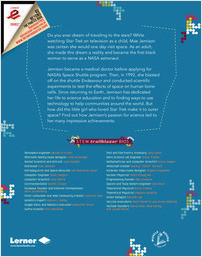 While watching Star Trek on television as a child, Mae Jemison was certain she would one day visit space. As an adult, she made this dream a reality when she became the first black female NASA astronaut.

Jemison became a medical doctor before applying for NASA’s Space Shuttle program. Then, in 1992, she blasted off on the shuttle Endeavour and conducted scientific experiments to test the effects of space on human bone cells. Jemison has dedicated her life to science education and to finding ways to use technology to help communities around the world. Find out how Jemison’s passion for science led to her many impressive achievements.