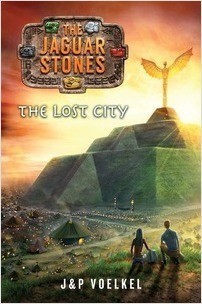 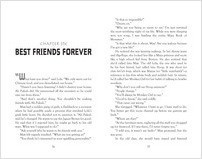 From the Series The Jaguar Stones

The epic conclusion to the exciting Jaguar Stones series and a rip-roaring adventure into the heart of North America!

With his parents in jail and the Maya Death Lords in possession of all five Jaguar Stones, fourteen-year-old Max Murphy is pretty sure that he’ll never get to leave the rainforest.

But the Lords of Death have a problem—a new king calling himself Great Sun claims to have the Jaguar Stones, too. And they want Max to prove the guy’s a fraud. Or else.

Now, Max, and Lola, the mysterious girl who befriends him, are off on another wild adventure that will take them from Central America to New Orleans and up the Mississippi to the lost city at the heart of North America’s past. But one thing Max should have learned after all of his dealings with the Death Lords—they never keep their promises.

Jon and Pamela (J&P) Voelkel are the author-illustrators of the Jaguar Stones books, a series of Maya-themed adventures set in present-day Central America. The fast-paced, funny stories center on the friendship between a city boy and a jungle girl— a mirror image of Jon's wild childhood in Latin America and Pamela's altogether tamer upbringing in an English seaside town. The Voelkels met while working at a London advertising agency and now live in Vermont. To research the Jaguar Stones, they have explored over forty Maya sites in Belize, Guatemala, and Mexico; canoed down underground rivers; tracked howler monkeys in the jungle; and eaten live termites for breakfast. Jon's most frightening experience was getting lost in a pitch-black labyrinth under a Maya pyramid. Pamela's most frightening experience was being interviewed by Al Roker on Today.