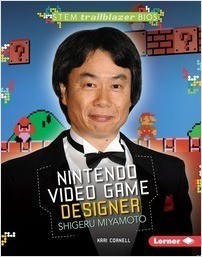 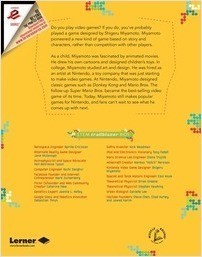 Do you play video games? If you do, you’ve probably played a game designed by Shigeru Miyamoto. Miyamoto pioneered a new kind of game based on story and characters, rather than competition with other players.

As a child, Miyamoto was fascinated by animated movies. He drew his own cartoons and designed children’s toys. In college, Miyamoto studied art and design. He was hired as an artist at Nintendo, a toy company that was just starting to make video games. At Nintendo, Miyamoto designed classic games such as Donkey Kong and Mario Bros. The follow-up Super Mario Bros. became the best-selling video game of its time. Today, Miyamoto still makes popular games for Nintendo, and fans can’t wait to see what he comes up with next.