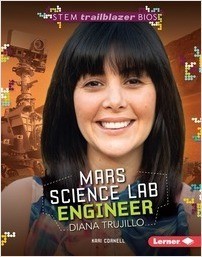 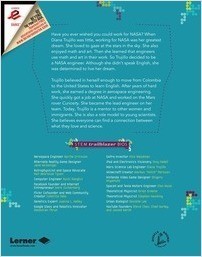 When Diana Trujillo was little, working for NASA was her greatest dream. She loved to gaze at the stars in the sky. She also enjoyed math and art. Then she learned that engineers use math and art in their work. So Trujillo decided to be a NASA engineer. Although she didn’t speak English, she was determined to live her dream.

Trujillo believed in herself enough to move from Colombia to the United States to learn English. After years of hard work, she earned a degree in aerospace engineering. She quickly got a job at NASA and worked on the Mars rover Curiosity. She became the lead engineer on her team. Today, Trujillo is a mentor to other women and immigrants. She is also a role model to young scientists. She believes everyone can find a connection between what they love and science.