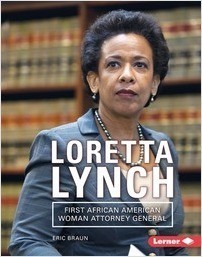 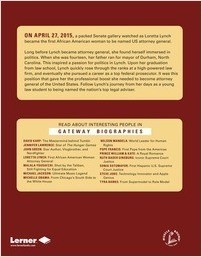 On April 27, 2015, a packed Senate gallery watched as Loretta Lynch became the first African American woman to be named US attorney general.

Long before Lynch became attorney general, she found herself immersed in politics. When she was fourteen, her father ran for mayor of Durham, North Carolina. This inspired a passion for politics in Lynch. Upon graduation from law school, Lynch quickly rose through the ranks at a high-powered law firm, and eventually she pursued a career as a top federal prosecutor. This position gave her the professional boost she needed to become attorney general of the United States. Follow Lynch’s journey from a young law student to the nation’s top legal adviser.