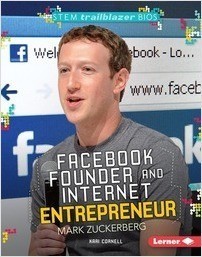 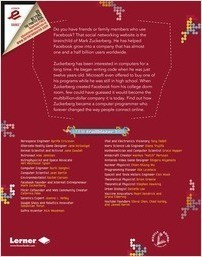 Do you have friends or family members who use Facebook? That social networking website is the brainchild of Mark Zuckerberg. He has helped Facebook grow into a company that has almost one and a half billion users worldwide.

Zuckerberg has been interested in computers for a long time. He began writing code when he was just twelve years old. Microsoft even offered to buy one of his programs while he was still in high school. When Zuckerberg created Facebook from his college dorm room, few could have guessed it would become the multibillion-dollar company it is today. Find out how Zuckerberg became a computer programmer who forever changed the way people connect online.