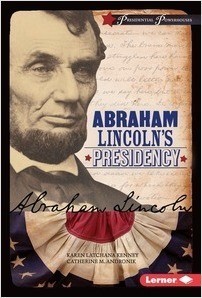 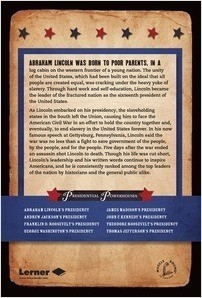 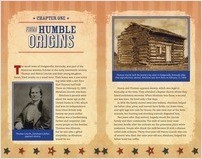 Abraham Lincoln was born to poor parents, in a log cabin on the western frontier of a young nation. The unity of the United States, which had been built on the ideal that all people are created equal, was cracking under the heavy yoke of slavery. As Lincoln embarked on his presidency, the slaveholding states in the South left the Union, causing him to face the American Civil War. Lincoln said the war was no less than a fight to save government of the people, by the people, and for the people. Though his life was cut short, Lincoln’s leadership and his written words continue to inspire Americans.

Catherine M. Andronik is a high school teacher librarian who specializes in writing children's and young adult biographies. She shares her Connecticut home with a variety of rescue parrots and also enjoys showing her horse in western dressage.