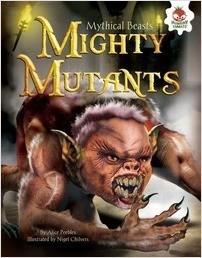 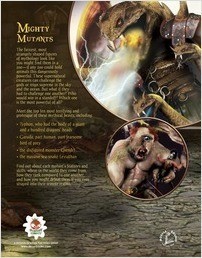 The fiercest, most strangely shaped figures of mythology look like you might find them in a zoo—if any zoo could hold animals this dangerously powerful. These supernatural creatures can challenge the gods or reign supreme in the sky and the ocean. But what if they had to challenge one another? Who would win in a standoff? Which one is the most powerful of all?

Meet the top ten most terrifying and grotesque of these mythical beasts, including:

● Typhon, who had the body of a giant and a hundred dragons’ heads
● Garuda, part human, part fearsome bird of prey
● the disfigured monster Grendel
● the massive sea-snake Leviathan

Find out about each mutant’s features and skills, where in the world they come from, how they rank compared to one another, and how you might defeat them if you ever strayed into their remote realms.