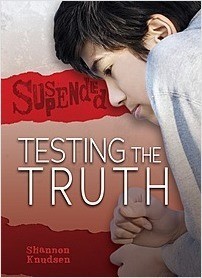 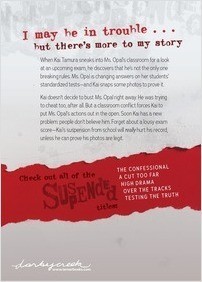 From the Series Suspended

I may be in trouble…but there’s more to my story.

When Kai Tamura sneaks into Ms. Opal’s classroom for a look at an upcoming exam, he discovers that he’s not the only one breaking rules. Ms. Opal is changing answers on her students’ standardized tests—and Kai snaps some photos to prove it.

Kai doesn’t decide to bust Ms. Opal right away. He was trying to cheat too, after all. But a classroom conflict forces Kai to put Ms. Opal’s actions out in the open. Soon Kai has a new problem: people don’t believe him. Forget about a lousy exam score—Kai’s suspension from school will really hurt his record, unless he can prove his photos are legit.

“This tightly-crafted . . . highly engaging series deserves shelf space in classrooms, as well as school and public libraries, and would make a great gift for that special reluctant reader.”—starred, VOYA 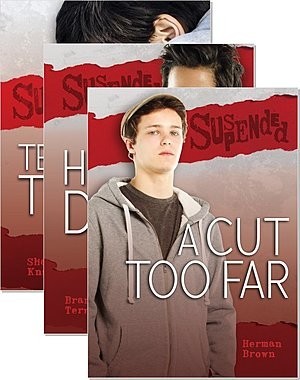