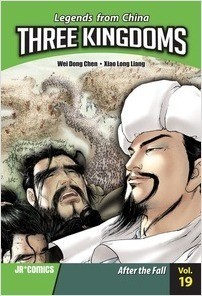 The rivalry among Bei Liu, Cao Cao, and Quan Sun has been the defining struggle of the era of the three kingdoms. But two of the men are dead, and the era of the three kingdoms is drawing to a close. Now, Liang Zhuge, who was the architect of Bei Liu’s ascent to power, must engage in almost constant battle and forge unpopular alliances if he is to preserve the legacy of his former master.