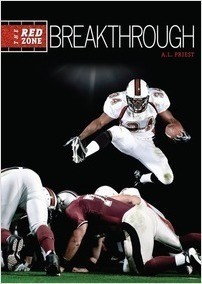 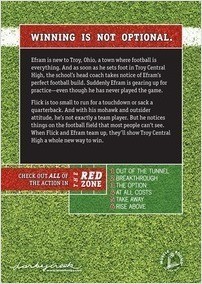 Efram is new to Troy, Ohio, a town where football is everything. And as soon as he sets foot in Troy Central High, the school’s head coach takes notice of Efram’s perfect football build. Suddenly Efram is gearing up for practice—even though he has never played the game.

Flick is too small to run for a touchdown or sack a quarterback. And with his mohawk and outsider attitude, he’s not exactly a team player. But he notices things on the football field that most people can’t see. When Flick and Efram team up, they’ll show Troy Central High a whole new way to win.