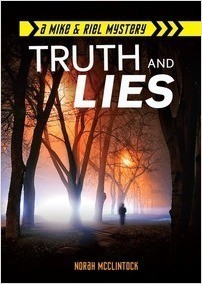 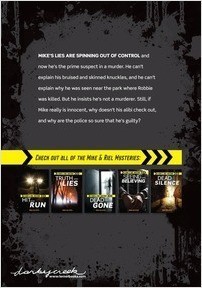 From the Series Mike & Riel Mysteries

Mike’s lies are spinning out of control and now he’s the prime suspect in a murder. He can’t explain his bruised and skinned knuckles, and he can’t explain why he was seen near the park where Robbie was killed. But he insists he’s not a murderer. Still, if Mike really is innocent, why doesn’t his alibi check out, and why are the police so sure that he’s guilty?

“As one of the rare cases of a foster child serving as protagonist, the series… can also serve as a basis for discussing what it means to lose a parent.” —Library Media Connection

“[A] gritty first-person narrative that is both nuanced and complex…. Mike & Riel will appeal to readers who enjoy realistic fiction as well as mystery buffs.” —VOYA