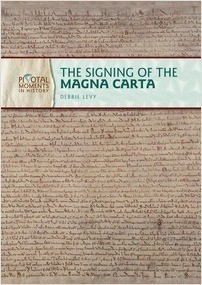 The Signing of the Magna Carta, 2nd Edition

Can one document really change the world? In June, 1215 King John of England met with a group of nobles in a meadow on the banks of the Thames River. There, John affixed his royal seal to a document designed to bring about peace between the king and a group of rebellious nobles. This attempt failed miserably, and the two parties were soon at war again. Yet the ideas laid out in the document—which would later be called Magna Carta—lived on, and would become the foundation for many of the freedoms people enjoy in modern times. They include the right to a fair trial and the requirement that the punishment fit the crime. The signing of the Magna Carta is truly one of history’s most pivotal moments.