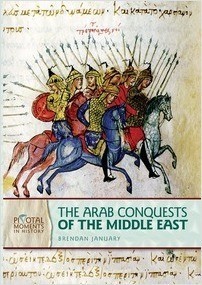 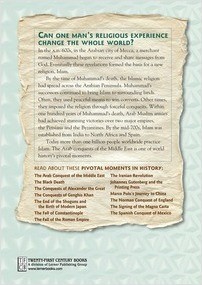 The Arab Conquests of the Middle East, 2nd Edition

Can one man’s religious experience change the whole world? In the A.D. 600s, in the Arabian city of Mecca, a merchant named Muhammad began to receive and share messages from God. Muhammad attracted many followers. Eventually the revelations formed the basis for a new religion, Islam. By the time of Muhammad’s death, the Islamic religion had spread across the Arabian Peninsula. Muhammad’s successors continued to bring Islam to surrounding lands. Often, they used peaceful means to win converts. Other times, they imposed the religion through forceful conquests. Within one hundred years of Muhammad’s death, Arab Muslim armies had achieved stunning victories over two major empires, the Persians and the Byzantines. By the mid-700s, Islam was established from India to North Africa and Spain. Converts adopted the Arabic language, studied Arab poets and scholars, and built grand mosques for worship. Today more than one billion people worldwide practice Islam. The Arab conquests of the Middle East, which introduced a new world religion across geography and cultures, is one of world history’s pivotal moments.