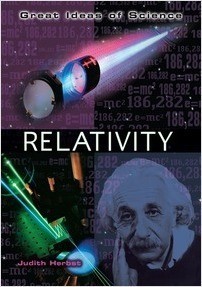 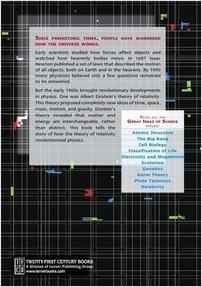 Since prehistoric times, people have wondered how the universe works. Early scientists studied how forces affect objects and watched how heavenly bodies move. In 1687 Isaac Newton published a set of laws that described the motion of all objects, both on Earth and in the heavens. By 1900 many physicists believed only a few questions remained to be answered.

But the early 1900s brought revolutionary developments in physics. One was Albert Einstein’s theory of relativity. This theory proposed completely new ideas of time, space, mass, motion, and gravity. Einstein’s theory revealed that matter and energy are interchangeable, rather than distinct. This book tells the story of how the theory of relativity revolutionized physics.