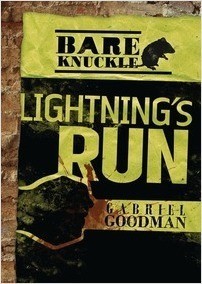 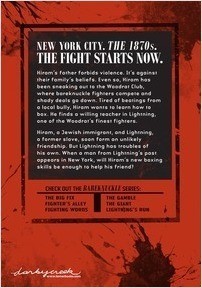 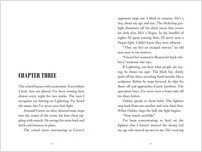 Hiram’s father forbids violence. It’s against their family’s beliefs. Even so, Hiram has been sneaking out to the Woodrat Club, where bareknuckle fighters compete and shady deals go down. Tired of beatings from a local bully, Hiram wants to learn how to box. He finds a willing teacher in Lightning, one of the Woodrat’s finest fighters.

Hiram, a Jewish immigrant, and Lightning, a former slave, soon form an unlikely friendship. But Lightning has troubles of his own. When a man from Lightning’s past appears in New York, will Hiram’s new boxing skills be enough to help his friend?

“Although the series is aimed at reluctant readers, it is exciting enough to interest voracious readers as well. The Bareknuckle series would be a worthy addition to middle school libraries and libraries serving the tween population.” —VOYA

“Issues of race, tolerance, and assimilation are skillfully threaded through this vibrant and gritty account.” —Publishers Weekly

Gabriel Goodman is a writer living in St. Paul. He has written for previous Darby Creek series, including the Surviving Southside series and the Bareknuckle series.