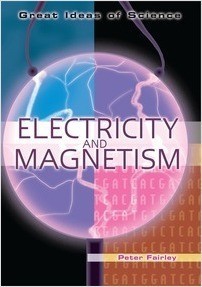 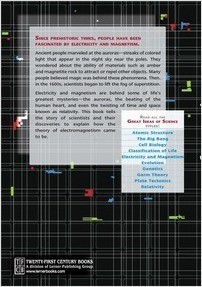 Since prehistoric times, people have been fascinated by electricity and magnetism. Ancient people marveled at the auroras—streaks of colored light that appear in the night sky near the poles. They wondered about the ability of materials such as amber and magnetite rock to attract or repel other objects. Many people believed magic was behind these phenomena. Then, in the 1600s, scientists began to lift the fog of superstition.

Electricity and magnetism are behind some of life’s greatest mysteries—the auroras, the beating of the human heart, and even the twisting of time and space known as relativity. This book tells the story of scientists and their discoveries to explain how the theory of electromagnetism came to be.