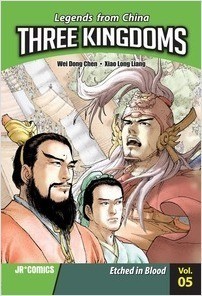 As Prime Minister Cao Cao tightens his grip on the emperor and his people, Bei Liu is approached by many, including the emperor himself, who would like to see Cao Cao’s reign ended. Oaths are sworn and pledged are written in blood, but spies are everywhere, and one false move will result in blood being spilled on more than just a page.