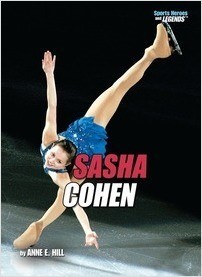 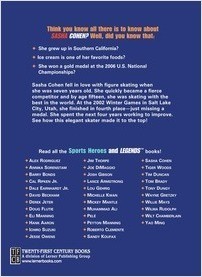 Think you know all there is to know about Sasha Cohen? Well, did you know that: * She grew up in southern California? * Ice cream is one of her favorite foods? * She won a gold medal at the 2006 U.S. National Championships? Sasha Cohen fell in love with figure skating when she was seven years old. She quickly became a fierce competitor and by age fifteen, she was skating with the best in the world. At the 2002 Winter Games in Salt Lake City, Utah, she finished in fourth place—just missing a medal. She spent the next four years working to improve. See how this elegant skater made it to the top!

Award-winning author Anne E. Hill has written more than a dozen books for kids and teens. She lives outside of Philadelphia, Pennsylvania, with her husband and children.