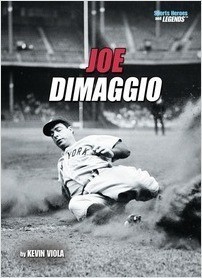 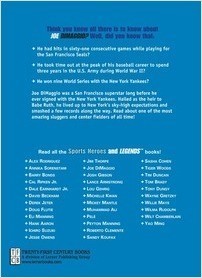 A New York Yankees hero since his rookie year in 1936, Jo DiMaggio became a national hero by completing the longest hitting streak in the history of Major League Baseball with hits in fifty-six consecutive games in 1941. Arguably the best centerfielder in baseball history, DiMaggio won the World Series nine times—including his first four seasons with the team. Although plagued with a series of injuries that eventually forced him to retire, DiMaggio remained one of baseball’s most respected, beloved, and talented players.