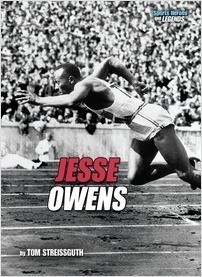 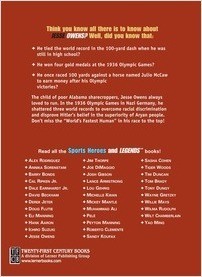 Nicknamed the “World’s Fastest Human,” Jesse Owens grew up in a poor farming community. A sickly child, he went on to become one of history’s most talented track athletes. The first man to win four gold medals in a single Olympics, Owens set six World Records and discredited Nazi leader Adolph Hitler’s racist beliefs by showing his superior athletic skills at the 1936 Berlin Olympic Games. From his childhood in Alabama through his death in Arizona, this book follows the spectacular life of this incredible athlete.