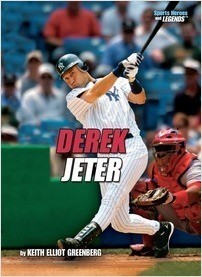 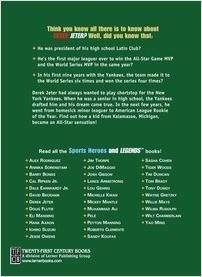 One of baseball’s most popular and talented stars, Derek Jeter began his major league career with a bang—knocking a home run out of the park in his very first at bat his rookie year. His phenomenal first year continued as he helped the Yankees win the World Championship while also claiming the Rookie of the Year award. In 1998, 1999, and 2000, Jeter went on to lead the Yankees to three more World Championships.

Keith Elliot Greenberg is the author of many nonfiction books for young readers. He is based in Brooklyn, New York.