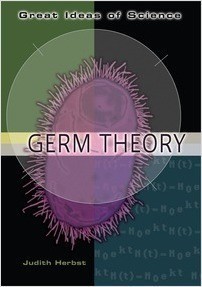 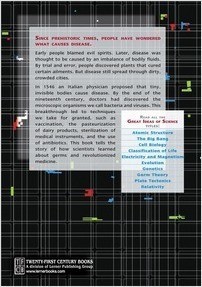 Since prehistoric times, people have wondered what causes disease. Early people blamed evil spirits. Later, disease was thought to be caused by an imbalance of bodily fluids. By trial and error, people discovered plants that cured certain ailments. But disease still spread through dirty, crowded cities.

In 1546 an Italian physician proposed that tiny, invisible bodies cause disease. By the end of the nineteenth century, doctors had discovered the microscopic organisms we call bacteria and viruses. This breakthrough led to techniques we take for granted, such as vaccination, the pasteurization of dairy products, sterilization of medical instruments, and the use of anibiotics. This book tells the story of how scientists learned about germs and revolutionized medicine.