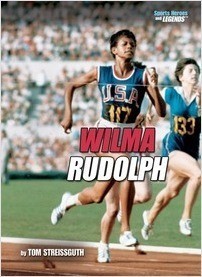 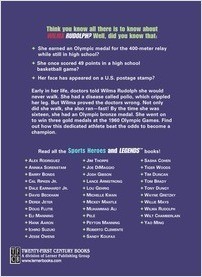 Early in her life, doctors told Wilma Rudolph she would never walk. She had a disease called polio, which crippled her leg. But Wilma proved the doctors wrong. Not only did she walk, she also ran—fast! By the time she was sixteen, she had an Olympic bronze medal. She went on to win three gold medals at the 1960 Olympic Games. Find out how this dedicated athlete beat the odds to become a champion.