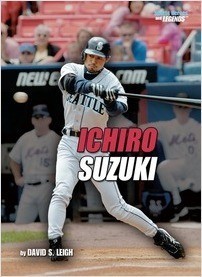 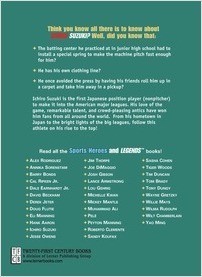 Ichiro Suzuki was the first Japanese position player (non-pitcher) to make it into the American Major Leagues. People thought that the Japanese couldn’t handle the power and speed of American pitchers. Ichiro proved them wrong. Now in his fourth season, Ichiro has shown that he can hit anything thrown his way and is as good, if not better than many of his American contemporaries. His love of the game, amazing skill and crowd pleasing antics have won him a following of fans around the world.