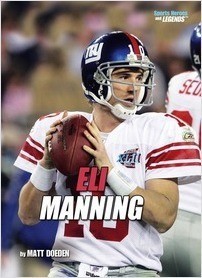 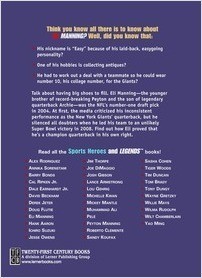 Talk about having big shoes to fill. Eli Manning – the younger brother of record-breaking Peyton and the son of legendary quarterback Archie – was the NFL’s number-one draft pick in 2004. At first, the media criticized his inconsistent performance as the New York Giants’ quarterback, but he silenced all doubters when he led his team to an unlikely Super Bowl victory in 2008. Find out how Eli proved that he’s a champion quarterback in his own right.